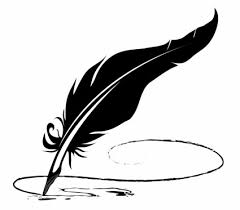 “You’ve been checked and balanced!”   This is what the Florida court system is essentially saying to the legislature when it declares a state law unconstitutional.   However, State Representative Julio Gonzalez, a Venice, Florida Republican, is concerned that the judiciary has abused this power and has been “encroaching” on the legislature and the people of Florida.  He has proposed a resolution that would give the legislative branch a method to override the judiciary.  It’s a proposition that some consider a way to counteract  judicial activism and a proposition that many others consider outright dangerous for the people of the State of Florida and a way to smother out constitutional rights.

Our government, with a system of checks and balances, was created in such a manner that, in many respects, it is a “majority rules” system.  However, there are some rights that are so intrinsic, so valuable, and so sacred, that such rights have to be protected even if they represent an idea with which the majority disagrees.  Thus, in our system, there is also built in protection of constitutional rights even when it results in the protection of positions that are unpopular or in the minority.  Take, for example, religion. Our Florida Constitution, in relevant part, states:

SECTION 3. Religious freedom.—There shall be no law respecting the establishment of religion or prohibiting or penalizing the free exercise thereof. Religious freedom shall not justify practices inconsistent with public morals, peace or safety. . .

(Now, in this scenario, Federal rights would also come in to play, but let’s let that go for now, particularly in light of the fact that there is some advocacy for a similar law at the Federal level).  Imagine if the majority of all people in Florida practiced the same religion, and they got together and convinced congress to create a law that established a state religion.  The executive branch (the governor), could veto such a law as one “check ” on the legislative branch. However, presently, the legislature could override that veto with enough votes. Alternatively, the governor could refuse to veto the bill.  Either way, if the bill passed the governor’s desk, our courts would be there to consider the law in the light of the Constitution and declare such a law unconstitutional.   If Rep. Gonzalez’ proposal becomes law, the legislature, with enough votes, could come back and override the Florida courts, effectively re-writing the Constitution.  Those ruling as the majority would have the ability to trample on the important constitutional rights of those not in the majority.

However, Rep. Gonzalez claims that the courts are already re-writing the Constitution by issuing orders that carve out and expand rights through judicial overreach.  Some consider his proposal too outrageous to take seriously and others consider it too outrageous to not take seriously. Others support the proposal.   Reach your own opinion and feel free to post it.   I am posting Gonzalez’ proposal (HRJ121) and the essays he drafted in support of the proposal so you can read them to reach your own conclusion.  Please feel free to send me counterpoint essays that I will also post.   What is your opinion on this?